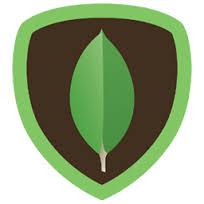 Over the past three years I’ve been something of an evangelist for using MongoDB. This stance has drawn derision from some outside the lab, which frequently forces me to clarify in what circumstances I think MongoDB (or NoSQL in general) is so great. Unfortunately, I’ve been too lazy to put those thoughts into writing, so this is my long overdue explanation and the first in a series of posts describing how I use MongoDB daily.

MongoDB is for lovers researchers and scientists

So I think the first question to tackle is why use a database at all? Here are the three basic reasons that caused me to make a switch.

This is the start to why I think it’s a good idea to use a database, with another lurking reason being that working knowledge of databases is required outside academia. If none of those reasons resonate with you to explore these options then don’t worry, not everyone has the same research problems as me.

If you wade too far into the internet you’ll find out that MongoDB is a type of NoSQL database and that other types of databases are SQL databases. If you wade even a little bit further then a torrent of flame wars will come pouring out of your monitor and you should just shut your eyes, cover your ears, and pull your computer’s power plug out. Hopefully the following reasons will make it slightly clear what the differences are without having to go dive into the recesses of the internet.

Ease of use - i.e. Schemaless. What does schemaless really mean? When you use a SQL database you need to first create a database and then a table. Then once you create a table you must give commands or use a GUI to establish the number of columns, the names of columns, and, most importantly, the data type that each column can hold. When a record is entered into the database it must have all those fields. If you decide to change your code and need to store additional data fields then you must alter the table first (or else suffer an error!).

With MongoDB you create a database and then insert a document into it. It will even lazily create the collection that you told it to use. It can have any number of fields (or keys in Mongo/document speak) and each key can be named however you want. The twist is when you go to insert a second document. The second document doesn’t need the same number of keys, or key names, or even the datatypes of the values associated with each key name. It allows you to do whatever at any time, with any document in the database.

Now this freedom is considered to be a flaw in some minds, but all I see is that the onus of consistency is on the programmer (i.e. you). In the context of a single person, a small group, or a research lab I don’t think that it’s much to expect that everyone act responsibly and document what they’re doing (either in the README for the project and/or with explicit key names). The most important thing to remember is that just about any technology can be detrimental to the workings of a project if in the hands of an irresponsible idiot.

So this stems from being a pythonista, but when I code I store things as dictionaries or classes typically. MongoDB lets me shove that directly into the database since it works with natively with dictionaries (Mongo’s data store is a BSON, which is more or less a JSON, which is almost a dictionary). This isn’t so when working with a SQL database, since each record is stored in a row (think of a CSV file), and for me this is a huge differentiation and selling point.

Complex data structures can be natively stored in MongoDB and they are directly returned when I query them. So for me, when I run a simulation and there is a class keeping track of the time evolution of the system at the end of the run I can just calculate whatever additional metrics are necessary and save the dictionary into the database. When I need to analyze the results I can either roll directly with the dictionary and start analyzing, it’s pretty simple.

I have stored datetime as a value, which isn’t really that special. What is special is when I store a networkx graph object. Mongo will let you shove a fair number of things into it without requiring you to convert them to a string. This is not only handy, but it cuts out code and processing steps on file loading.

This is more of a footnote but MapReduce is a great feature and can turn 24 hours of computation time into one fairly quickly.

These are the basic reasons why I use MongoDB, both in comparison to a file system and a SQL database. I will never say that it’s the fastest or the best solution from a technical standpoint, but it is the quickest and easiest solution in regards to my time, which is the most important thing in my mind. I’m a researcher, not someone setting up production databases or something soul crushing like that ;)